skip to main | skip to sidebar

Months have passed since my last post but I haven't been entirely bone idle and to prove it here are some new bits and bobs for my Fifth Frontier War project.

A second Z-55 Grav tank for the Sworld Worlders. 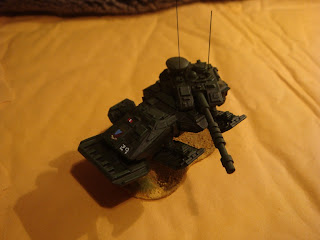 And the rest of the Sword Worlder Infantry 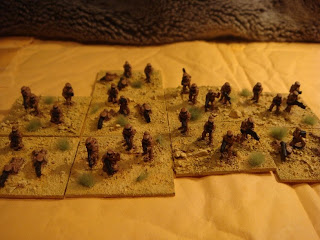 Plus a couple of light gun sleds to provide additional fire support. 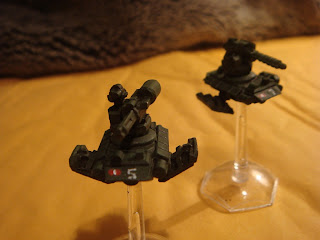 Lastly some provincial government troops to bolster the Imperial forces. 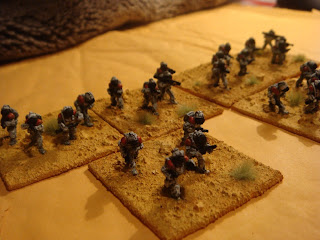 I've also redone a lot of the basing on my troops so that they all match better and added the greenery as the bases looked a bit dull without anything. I'll post some shots of the Zhodani and Vargr with their new basing when I get around to it. Consider it the start of a terraforming project on the world.

This last pic is here because someone on the Guild asked for a scale pic with a 20mm figure in it. I thought I would include it here in case that's of use to anyone else. 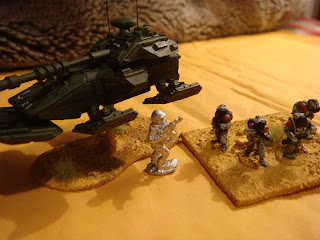 To close our new club website is now up and running. Please come to www.sswg.co.uk to check it out. There's not much on the front page yet but we've already added a lot of our old stuff, and some new stuff, to the gallery, and more will follow soon.
Posted by trev at 21:35
Labels: 15mm, 3rd Imperium, Sword Worlds, Traveller

trev
I'm a member of the Southend-on-sea Wargames Group and a card-carrying wargames butterfly. I've started this blog in the hope it will encourage me to make some progress on my many projects. Hmmm...we'll see.